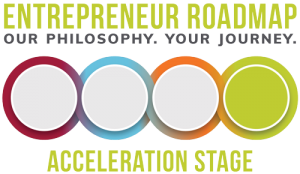 Entrepreneurs and investors alike often haggle about which is the more important ingredient for startup success, the product or the team behind it. Is the idea the sun around which everything else orbits? Or, are there truly rock star personalities out there who can turn even mediocre ideas into strong startups?

Almost everyone I’ve met in this business has their own unique perspective on this question. We all love to argue, so it’s fun to try and persuade others, but what sometimes gets lost in the conversation is the one factor that’s usually more important than both of these other two combined—the market!

You see, without a market that is poised for innovation, even the best products and most innovative entrepreneurs won’t be able to get much traction. Don’t believe me? Here are a few examples:

11 years before Travis Kalanick co-founded Uber, he and a group of UCLA classmates dropped out of school to found Scour, a peer-to-peer file sharing service in the vein of Napster. Today, no one would doubt Kalanick’s ability to predict the next big thing and even back in 1998, he was clearly onto something.  Unfortunately for Scour, Napster and so many other peer-to-peer services, the pre-Y2K market was simply not prepared to allow such rapid disruption.

Faced with the fear of rising music, film and software piracy, Scour was sued into oblivion by the Recording Industry Association of America and the Motion Picture Association of America and filed for bankruptcy in 2000. Today, Apple, Amazon, Google and many others have introduced digital music and movie services that perfected the ideas these companies helped pioneer. They were simply ahead of their time. Thanks a lot, Metallica.

When prominent venture capitalist John Doerr invested in Segway Inc. he famously predicted that the company would be the fastest ever to reach $1 billion in sales. The late Steve Jobs supposedly thought the company’s technology could be “as big a deal as the PC.” Needless to say, neither of these things have ended up being true. So what went wrong?

People like to poke fun at the “Segway,” but it was truly an innovative product. The gyroscopic sensor technology alone is a true engineering feat and the man behind the vehicle, Dean Kamen, remains one of the nation’s most exciting inventors. Unfortunately, there just wasn’t a big enough market for this particular vehicle. Segway Inc. is still in business, and their vehicles have actually caught on in several niche applications (tourism and community policing). Still, they haven’t been nearly popular enough to justify their launch-hype or turn a major profit for investors.

Stories like these are part of the reason we focus so heavily on the market dynamics when deciding which startups we fund at JumpStart. Of course, the entrepreneurs who make up the team matter, as does the ability of their big idea to add value to potential users/consumers. But if the macro-economic factors are off, it rarely makes sense to fight the market.

The real takeaway here is that the most successful startups will have a strong combination of all three of these factors. It’s obviously not easy to find that perfect balance—even some of the world’s most famous entrepreneurs have failed multiple times before getting it right. But when a great team with a great product finally meets an eager market, it’s like catching lightning in a bottle.