The precursor to Black History Month began in 1926, when noted historian and journalist Dr. Carter G. Woodson launched “Negro History Week” in an effort to bring African American history front and center and ensure it was taught in schools and studied by other scholars.

The event, first celebrated during a week that encompassed the birthdays of both Abraham Lincoln and Frederick Douglass, didn’t become an officially recognized month-long celebration until 50 years later, when President Gerald Ford urged Americans to “seize the opportunity to honor the too-often neglected accomplishments of black Americans in every area of endeavor throughout our history.”

In honor of this year’s Black History Month, we recently reached out to several African American entrepreneurs and community leaders we’ve gotten to know through our work to find out what this celebration means to them in their own words.

Here’s what they told us: 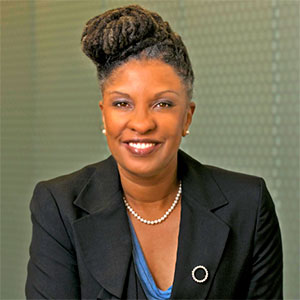 From my perspective, Black History Month represents both a triumph and tragedy. The tragedy is that the United States has yet to recognize the integrated and inclusive nature of the contributions of all its citizens as part of a fully-integrated curriculum that is taught in schools on a daily basis. The triumph is that we have a 28-day recognition of notable African-Americans in every realm of society.

From the death of Crispus Attucks (the first person to die in the American Revolution) to the contributions three Alpha Kappa Alpha Sorority, Inc. members—Katherine Johnson, Dorothy Vaughan and Mary Jackson—made to the U.S. space program (depicted in the award-nominated book and film, Hidden Figures), Black History month represents an important celebration of an ethnic group that has face so much historic oppression.

As an entrepreneur in the field of publishing and entertainment, I am most inspired by the accomplishments of people like Oprah, Spike Lee, Tyler Perry, Shonda Rhimes, Salim and Mara Brock Akil, publisher Haki Madhubuti and Ava DuVernay—whose creative and political sensibilities resonate strongly with me. 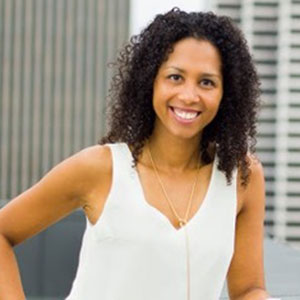 While we highlight African Americans during Black History month, I and many leaders in the community have made it our mission to highlight our community’s wins every single day of the year.

Our history and our current reality must be embedded into the other 11 months. People must have daily, not yearly reminders, that the African American experience is robust and full of huge contributions to our society.

My father, mother and ancestors have fueled the fire within me, and looking at my children inspires me to push forward every day. 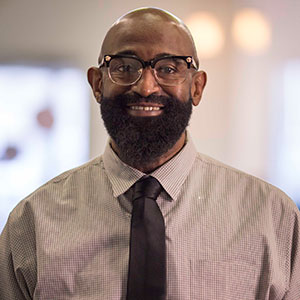 To me, Black History Month is huge because it highlights the many accomplishments of African Americans that have helped bring this country to where it is today. African Americans have been so instrumental in the construction of the United States in every way, shape and form. But, there are so many negative images about us in America and some people have no personal interaction with our community at all, so they don’t see any counter to those images.

Urban Kutz Barbershop, is a very multicultural place and many of the people who come to our business may not have had much interaction with the African American community. So, I speak to my staff all the time about African American image destruction and how it’s up to us to counter so many of the myths people see in the news or on social media—whether it’s Black History Month or any other month.

One of my favorite African American historical figures is George Washington Carver. He was a very humble man, but he had so much passion for what he did he exceeded all boundaries that were set for him and surpassed everyone’s expectations for his life. He once said “Start with what you are and what you have. Make something of it and never be satisfied.” And that is exactly what I’ve tried to do. 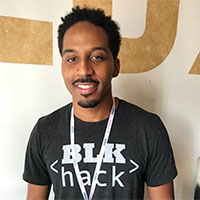 I see Black History Month as the perfect time to celebrate those that came before us and sacrificed to put our future first. It is also a reminder that there is still a lot of work to do.

This month inspires emerging leaders to continue to accept the challenge to be creative and fight for inclusion, equality, access and justice for all.

To learn more about Black History Month and find ways to celebrate in your community, visit these resources.