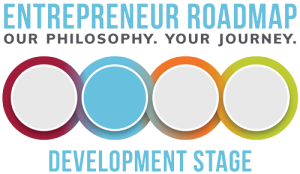 If you’ve spent any amount of time digging into blogs or think pieces on the startup journey, you’ve no doubt run into the phrase ”sales funnel.” It’s a key part of building a company and may also be one of the most misunderstood aspects of building and launching a company.

That’s not because it’s hard, that’s because success requires broader thinking and preparation than simply filling the funnel. So, skipping the upfront work increases the likelihood that you will miss the mark as you try to generate revenue. Missing the mark turns into lack of traction, which minimizes your ability to secure capital. It’s a vicious cycle but one you can prevent by taking a linear, structured approach.

A funnel is the process of getting a suspected buyer (or suspect) to move through the progressively narrower stages of the buying process (picture a funnel), ultimately leading to a conversion, or sale. This occurs via a course of marketing and sales activities that turn a suspect who knows nothing about you into a buyer who is actively using your product.

To do this, you should first define how the suspect moves through the various stages, or gates, to get to the purchase point. This establishes the key stages in your funnel. It’s important to note that the funnel stages, also referred to as buying stages or buying process, will differ by the type of business you are operating. As an example:

By understanding the stages, which get more complex the larger the value and number of people involved, you will have a solid view of the steps you’ll have to take to move these people from “That sounds interesting,” to “Love it, take my money.”

Be smart about who goes into your funnel

Now that you know what your funnel looks like, it’s time to shift your focus to what you put into the top. I would argue that this is just as important as the buying stages themselves, for if you introduce the wrong suspects, their likelihood of moving through your funnel wildly decreases – and you end up spending a lot of time and money on awareness activities that do not drive sales.

The good news: you’ve already done a lot of this leg work by building your bottom-up market sizing and target archetypes. Using a new mothers’ product for example, you’ll therefore know that there are 3 million pregnant women in the U.S. every year who spend most of their time on blogs and Instagram, and they are easily influenced by others in deciding what to purchase. That’s 3 million suspects into the top of the funnel, who you can target via Instagram, ads on blogs, and social media influencer relationships, to gain awareness and pique interest, completing the first two stages in your funnel. Moving 3 million suspects to 1 million who are now aware and could be interested in buying is much more impactful than building broad awareness across 10 million women, not knowing what percentage of them could even be pregnant.

You’ll see a lot of media coverage about both a “sales funnel” and a “marketing funnel,” and there is a lot you can learn from such detailed content to be more effective. But, if you are just getting started, let’s keep it simple, focusing on your one funnel. The goal is to drive revenue, and you use a combination of marketing (top of funnel) and sales (lower funnel) to drive that conversion.

In the consumer space, it may rely more on marketing to get to scale, with very targeted outreach as your prospect – a suspect who shows interest – gets closer to conversion.

For business-to-business sales, regardless of the complexity, there is a point when an established warm lead moves to a sale. A marketing qualified lead becomes a sales qualified lead when prospects want to see a demo, ask for references, see case studies or look at options for pricing. These functions aren’t accomplished at the marketing stage, and therefore MQLs shift to SQLs at the sales stage, as you work them down toward the bottom of the funnel to negotiate a deal and close. Establishing very quickly when a lead is qualified and moves from marketing to sales execution is make-or-break in ensuring that an interested potential buyer gets the info they need to say yes and sign on the dotted line.

Just like a funnel narrows, so does your entry-to-conversion rate

When you picture a funnel in your mind, it’s broad at the top, narrowing substantially as you move lower toward the exit at the bottom. There is more volume entering at the top than the volume passing through at the bottom. For the sake of illustration:

As you can see, there are a number of gates between that initial suspect list and the final purchase, which radically narrows down your likely universe of buyers. By defining the stages of the funnel, the right input, and the appropriate methods to move the suspect to a prospect, then to a buyer, you’ll have a higher likelihood of success in your sales and marketing efforts. This will tie into those other valuable key performance indicators which are necessary for proving product-market fit, traction and scale.